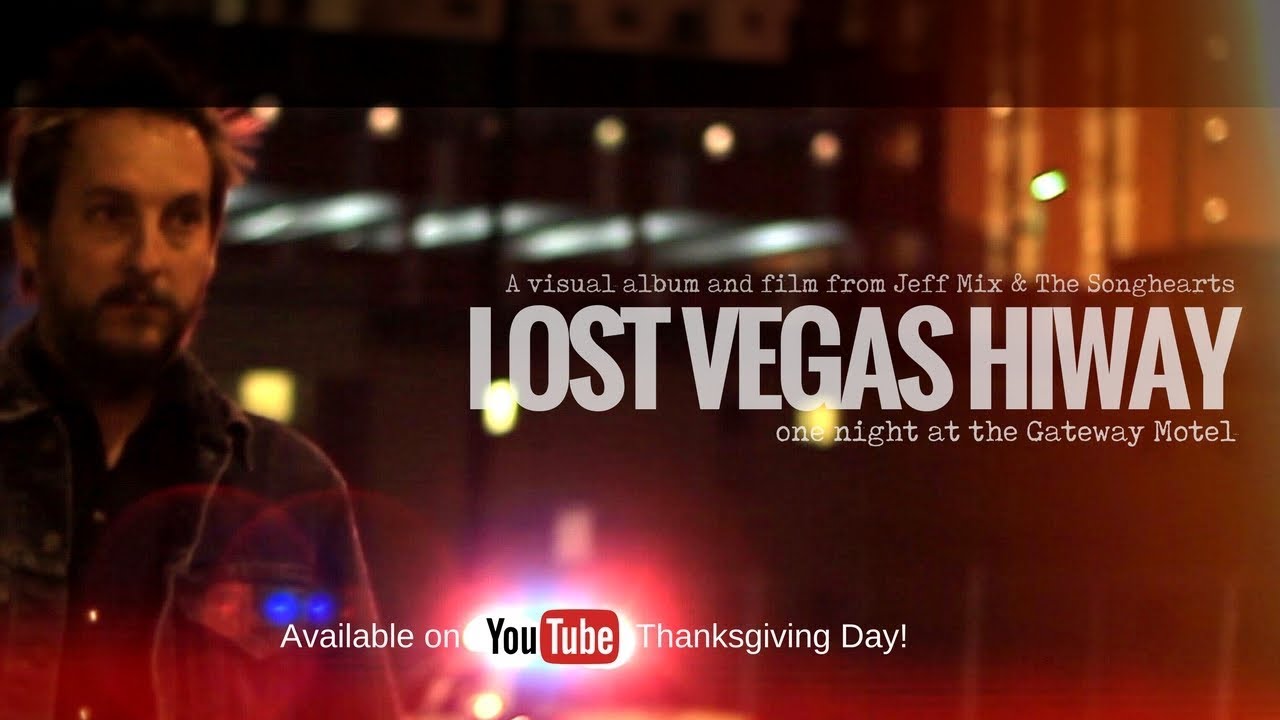 Buy the album/DVD set at http://www.jeffmix.net plus shirts, posters etc!

This is not rated. Contains strong language, situations.

Musician, Jeff Mix, finds himself back in Las Vegas,the place he got hitched. While nursing his own heartache, meets other down and out, lost souls, all with their own wounds to lick. It’s just another night at the Gateway Motel. Movie will star Jeff Mix along side of Hal Ketchum, Jack Ingram, Gurf Morlix, Robyn Ludwick along with a huge cast of Americana artists from Las Vegas.
Story and Songs written by Jeff Mix
Directed by Zohaib Latif